Nola Hatterman (1899-1984) was a versatile Dutch painter, actress and illustrator who mainly depicted black people in her work. 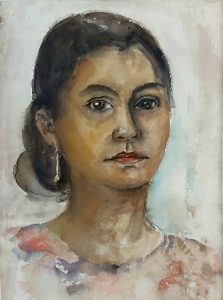 Life & work
Nola Hendrika Petronella (Nola) Hatterman was born in Amsterdam on August 12th 1899. Her father was a trader in East Indian goods, and her great-uncle ran a plantation in Suriname. 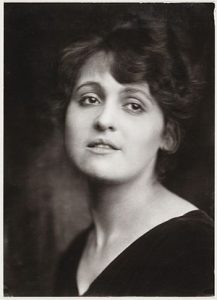 She started her carreer in acting, attended the School of Dramatic Art (Toneelschool) in Amsterdam from 1915-1918. After graduating, she starred in many plays and films. As an actress in the play ‘De Jantjes’, she met her future husband Maurits de Vries in 1920, who directed the play. Three years later, in 1923, they started living together (they married in 1931). During this period she first took private drawing lessons from Vittorio Schiavon (in 1918) and from Charles Haak.
In 1925 she quit acting alltogether in order to devote herself to the art of painting & illustrating. She joined the art societies St. Lucas and The Independents in Amsterdam. Of the latter, she soon became an active Board member in 1929.
When in 1930 trumpet player Lou Drenthe sat for her painting ‘Lou Richard Drenthe/On the Terrace’, her eyes were opened for the bad conditions for black people in Suriname. 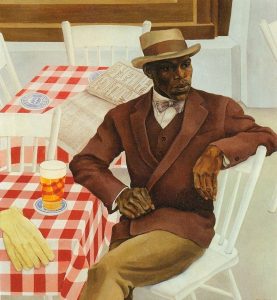 This painting is an example of her refined work of that period and the painting has become her most famous work. It was not unusual in those years to have black sitters. But this one was was different: the gentleman is dressed in a classy way and projects a refined style. The rather large eyes – looking away from the beholder – are typical of Nola’s portraits. She gave her black sitters a soft, sensitive, perhaps even a vulnerable expression. Nola Hatterman showed a certain new ‘black beauty ideal’ which was unusual in those days.
From this time on, she became conscious of her own feelings and identity. More and more she felt like a ‘black woman’ inside, inspite of her white skin. This became stronger and stronger during her life. One could speak of ’transracialism’.
In the mid-1930’s she started making illustrations for the union magazine ‘The Negro Worker’ as well as for the union of Surinamese Labourers in The Netherlands. In 1934 she read Anton de Kom’s book ‘We slaves of Suriname’ – an accusation against the colonial treatment and suppression by The Netherlands. This book inspired her into making a four-panel about slavery and maroonage.
Her marriage with Maurits de Vries did not last, they divorced in 1940; Nola had a new lover, artist & communist Arie Jansma who joined the Resistance. Nola helped them every now and then.
During WWII Nola Hatterman refused to join the ‘KulturKammer’, installed by the nazis, thus making it clear that she didnot comply with their rules. During the war she made her Amsterdam home (Falckstraat 9) into a safe haven and meeting place for people of colour. After the war she participated in many exhibitons (see below). Colleagues often asked her why she so often depicted black people. Her answer would always be: “Why do you only paint white people?”
Her identification with the Surinamese black people deepened to such an extend that she decided to move to Suriname in 1953. She settled in Paramaribo where she worked, exhibited and started to give drawing lessons in the Cultural Centre of Suriname (CCS) in Paramaribo. The painting ‘Na Fesie’ (see below) stayed behind – on the white collar of one of the depicted persons she wrote: “Unfinished. Left for Suriname 1953.”
One of her first pupils was Armand Baag (1941-2001) with whom she developed a deep connection. He even became her heir, as she remained childless.
In the early 60’s of the twentieth century her lessons were extended to the School of Visual Arts in Paramaribo, of which she later became director. Besides teaching she devoted her time to her own art which remained ‘realistic’, as she denounced the ‘abstract movement’ that took place in The Netherlands. She painted many portraits of Surinamese leaders like Archibald Currie and Johan Ferrier. At the end of the sixties, young Surinamese artists like Chin A Foeng rebelled against her somewhat ‘conservative’ teachings. In 1971 she lost her job and she started her own School of Visual Arts. After her death her students founded the ‘Nola Hatterman Institute’ (the name was later changed to Nola Hatterman Art Academy. The Academy is located in the former commander’s house in Fort Zeelandia, Paramaribo). In 1976, after the country’s Independence, she was asked to design a stamp series for Suriname.
In the late 70’s she moved to the town of Brokopondo, and finished her four-panel on slavery and maroonage. By this time she was seen as a ‘Surinamese artist’ by the people of Suriname. The Netherlands didn’t see her as such. She took part in many exhibitions, even though she was well into her 80’s.
On May 8th 1984, on her way to prepare a group exhibition in the Suriname Museum in Paramaribo, called ‘Identity’, she was killed in a car crash.
She was burried in Paramaribo, where her grave can be found. Her legacy (through the heirs of Armand Baag) contains many drawings, watercolors and oil paintings.

For more detailed informaton, see the special website on Nola Hatterman, made by Ellen de Vries. 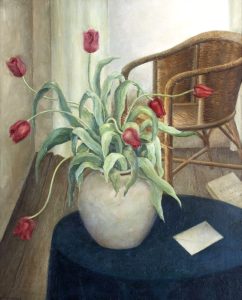 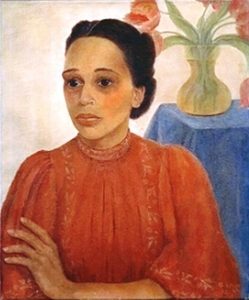 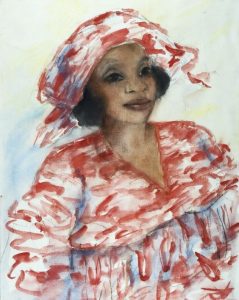 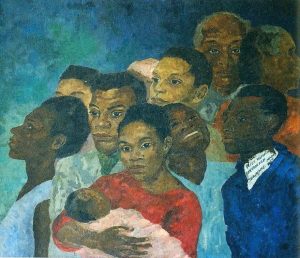