Maria Katarina Wiik was a Finnish painter. She worked principally with still life, genre images, landscape paintings and she produced many portraits, including children. In some of her figure drawings (around 1880-1882) are of nude males, which was very unusual in her time.

Life and work
Maria was born in Helsinki on 3 August 1853. She was the daughter of architect Erik Johan Wiik (1804–1876) and his wife Gustava Fredrika Meyer. She grew up in Brunnsparken and attended the Swedish language school Svenska fruntimmersskolan in Helsingfors. Her family encouraged her to take up her studies in the fine arts.
Coming back from Paris, in 1881, she became a substitute teacher at the Academy of Fine Arts of Helsinki. Her early paintings accepted for the Paris Salon in 1880 were portraits. In 1881, she painted a series of small paintings with a more psychological atmosphere including minute details. In spring 1889, she returned to Paris with her friend, the painter Helene Schjerfbeck to work among others with Puvis de Chavannes. From 1883 to 1884, they painted in England and then in 1889 at St Ives in Cornwall. Here she painted her main work: Out into the world (see below). It was painted in 1889 in St Ives. We see a young woman leaving her home to go and earn a living. The interpretation was modern: warm light sifting through the curtain gave the artist a chance to soften all contours and blend the range of colours together. The perspective lends a sense of drama to the scene. Careful thought has been given to the psychology of this moment. The older woman seems to contemplate her own days of youthfull drive to go out into the world.
In the 1890s Wiik’s style changed due to eye problems for which she later underwent surgery. In 1905 she made her last trip to Paris. The last years of her life were spent at home in Helsinki, and the last work she painted was around the year 1923.
Maria Wiik died in Helsinki when she was 74, on 2nd June 1928.

Professional education
She began by studying drawing with art professor Adolf von Becker, one of the first Finnish painters who had studied in Paris.
From 1874–1875 she studied at the Academy of Fine Arts in Helsinki.
In 1875 she continued her art studies in Paris under Tony Robert-Fleury at the Académie Julian (one of the few private schools accepting women at the time).

Exhibitions and Awards
1900 – Exposition Universelle in Paris; het work Out into the world won a bronze medal and was included in the 1905 book Women Painters of the World by Walter Shaw Sparrow. 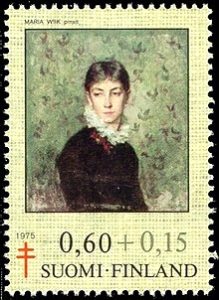 In 1975 Finland services made a stamp in her honour depicting her 1881 portrait of her sister Hilda. 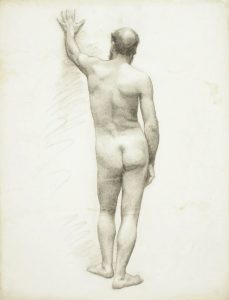 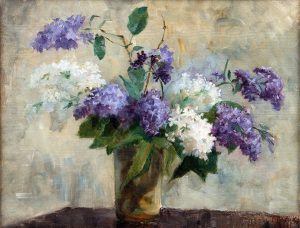 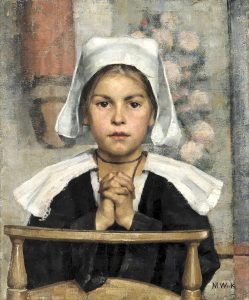 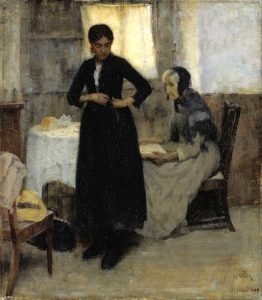 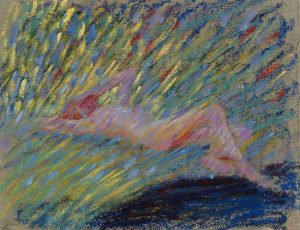 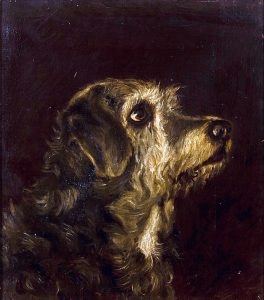