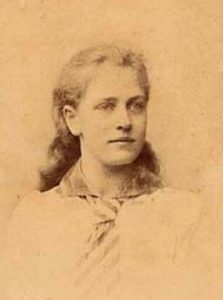 “During the night I made such a beautiful painting. All I have to do now is paint it.” 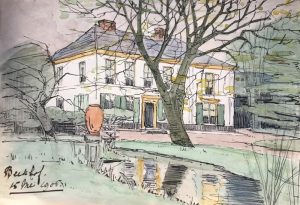 In 1892 she married Evert Ekker (1858-1943), who was also a painter. Unfortunately this was not a happy marriage. Two sons were born, in 1899 Evert Jr. and in 1901 Martin Hendrik. In the meantime (1900) the couple had moved from The Hague to Oosterbeek, to the Villa De Beekhof, which had a studio for both of them. Their Oosterbeek villa grew into a meeting place for artists, including Jan Toorop, who made an excellent portrait of Lucie.
When Lucie could no longer tolerate her family situation, she filed for divorce. In those days this was a disgrace for women, who hardly had any rights. To her great sorrow, Lucie had to leave her children behind when she moved away and settled in Veere in 1907. In this Zeeland town in the South-West of The Netherlands, she lived and worked here until 1933. She was very productive and made hundreds of still lifes, drawings and etchings of everyday subjects like flowers, kitchen utensils and objects from her room as well as landscapes. She counted as one of the Veerse Joffers, a group of women artists like the Amsterdamse Joffers.
She traveled through Europe and painted in various places in Belgium, France and Italy. The work of Flemish (neo)impressionist painter Théo van Rysselberghe was a source of inspiration for her.
In 1909 she married Albert Plasschaert, a Dutch art critic whom she knew from the Oosterbeek gatherings. This marriage did not last either and they divorced in 1922, although they remained friends.
To her great joy, contact with her oldest son Evert was re-established in 1918; he moved in to live with her in 1919. And in 1924 she regained contact with her younger son Martin.
In 1933 she eventually left Veere and moved to Den Haag. The interbellum period was a flourishing time for Veere and it’s artists colony, and why she moved to Den Haag – it is not known. It was the place where she received her professional education and she was a member of Pulchri Studio where she exhibited every year. In Den Haag she started to paint more portraits.
Until the Second World War she made many trips abroad. In her work the whites and grays were subject to nuances, in the twenties they had become lighter, almost translucent, in the thirties the white tended towards yellow and during the war it became a cooler shade.
During WWII Lucie refused to join the ‘Kulturkammer‘ which meant she could nolonger exhibit her work. In February 1945, her house and studio were badly damaged in a bombing raid, Lucie moved to another place within Den Haag. After the war she started exhibiting again, in the summer of 1948 she had her last solo exhibition in Den Haag.
In 1948 she becomes ill and she dies in Den haag on 7th June 1949. 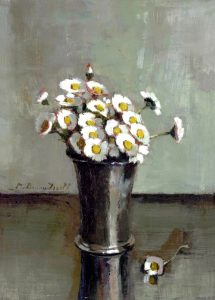 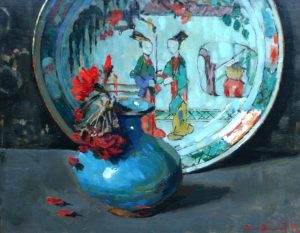 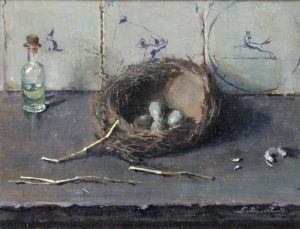 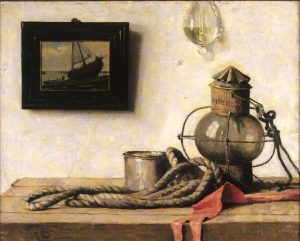 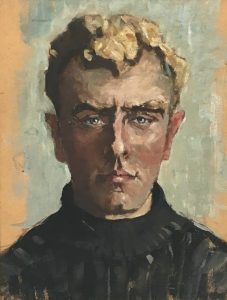 More of her work can be found on this website:
www.lucievandamvanisselt.nl (in Dutch).