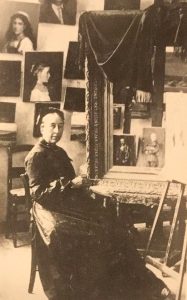 Eugénie Alexandrine Marie Salanson (1836-1912) was a French painter of portraits and genre pieces, mainly of fishing women; she worked in the Academic style.

Life and work
She was born on 15 December 1836, in Albert, France. The family later moved to Saint-Valery-sur-Somme, where her twin sisters were born, then on to Saint-Omer, where her father had been appointed as head tax collector. It was near there, in Calais, that she took her first art lessons from a local artist named Crocher. She then went to Paris to continue her studies but, at that time, the École des Beaux-arts did not accept female applicants, so she attended the Académie Julian, where she studied with William Bouguereau. Later, she took private lessons from Léon Cogniet. She exhibited her work in France and abroad and slowly but surely gained international fame.
Braun, Clément & Co made reproductions of her most popular works and sold them internationally until 1928, when the company went out of business.
In 1882 she, Camille Claudel, Jessie Lipscomb and others set up their own studio on the Rue Notre-Dame-des-Champs in Paris.
By the end of the 1880s, she was able to acquire the ‘Villa Saint-Joseph’ in the growing seaside resort of Saint-Pair-sur-Mer. This inspired her to create her best known paintings, depicting the young fisherwomen who worked nearby. Her painting ‘A marée basse’ (At Low tide) was one of the works featured in Women Painters of the World by Walter Shaw Sparrow (1905); one of the first books that treated female artists as worthy of serious attention. She divided her time between Paris and her villa. Most of her works are in private collections.
Eugénie died at the age of 75 on 23rd July 1912, in Saint-Pair-sur-Mer.

Exhibitions & Awards
1874 Exposition de Laval – Medaille d’argent (silver medal).
In 1877 she exhibited her portrait of Cogniet at the Salon, which brought her numerous commissions.
1884 London international exhibition Crystal Palace – Bronze medal
1888  Exposition Universelle.
Paintings of Salanson can be found in several museums, e.g. Paisley Museum and Art Galleries, Scotland.
A selection of her paintings can be seen in the public domain. 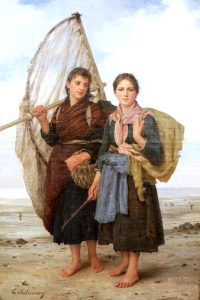 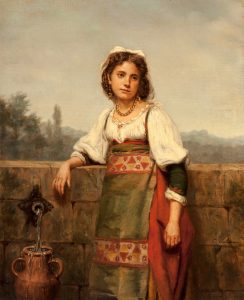 The House of O’Brien, Chicago, USA 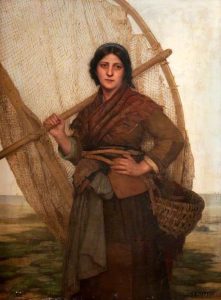 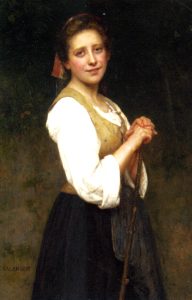