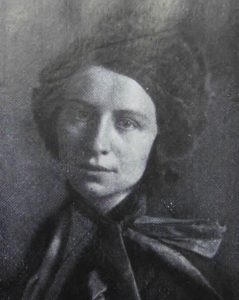 Dora Brandenburg-Polster (1884-1958) was a German painter, illustrator and graphic artist.

Life & work
She was born as Dora Polster, on August 9, 1884 in Magdeburg, Germany.
Dora Polster first attended the drawing school in Eisenach and studied from 1902 to 1907 in the teaching and experimental studio for applied and free art under Wilhelm von Debschitz in Munich. After that she worked as an employee at Debschitz and worked in all areas of arts and crafts and interior design. She became well-known through her woodcuts and lithographs and work for the Schwabinger Schattenspiele, a puppet theater founded by Alexander von Bernus. 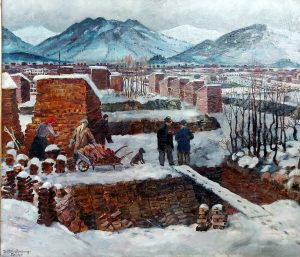 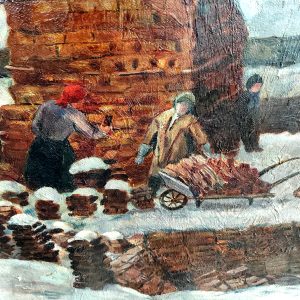 From 1908 Dora Polster started working as a freelance artist. From this time on, she increasingly turned to painting in oils, mainly landscapes and animals.
In 1911 she married writer Hans Brandenburg, whose works on the New Dance (including ‘The Modern Dance’) were illustrated by her, as were numerous other books, e.g. by Josef Ponten, Annette von Droste-Hülshoff and Karl Stieler (“A Winter Idyll”) or 120 illustrations for Grimm’s fairy tales.

In 1918 Dora Brandenburg-Polster exhibited graphic woks, watercolours and embroidered brooches in the Kunstmuseum Folkwang in Essen.

In 1937, Hitler’s Nazi campaign ‘Entartete Kunst’ (Degenerate Art), confiscated pictures of her from the Anhalt Art Gallery in Dessau, the City Art and Trade Museum in Dortmund, the Museum Folkwang in Essen, the Kestner Museum in Hanover, the Kaiser Wilhelm Museum in Krefeld and the Kaiser Friedrich Museum in Magdeburg. The specific reasons for this are not clear – perhaps Hitler didn’t like her art. 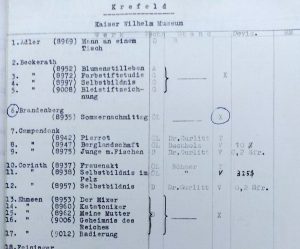 Several of her works were destroyed (indicated by an ‘X’ noted in the German administration book Volume II of ‘Entartete Kunst’, see photo of page 110 of this book, where her name in noted as ‘Brandenberg’.

Works that were destroyed:

Sources
– de.wikipedia.org
– Digital reproduction of a typescript inventory named ‘Entartete Kunst’, Vol. 1 and 2, prepared by the Reichsministerium für Volksaufklärung und Propaganda. Ca. 1941/1942.
– If anyone has more information on Dora Brandenburg-Polster, please share it with me; I would like to make this page more complete. Thank you!