The ‘Amsterdamse Joffers’ (Amsterdam ‘Young Ladies’) was a group of eight female painters who became friends at the end of the 19th cenrury. They worked in their own studios, but they presented themselves as a group of professional artists. They were professionally well educated at the Art academy. George Hendrik Breitner influenced some of them.
It was Albert Plasschaert who first spoke about ‘Amsterdamse Joffers’, giving the group a graceful title which they happily adopted. It gave them an opportunity to present themselves as a professional group and be of significance in a male dominated Amsterdam art scene.

In the end there were nine Joffers: ‘Sorella’, Lizzy Ansingh’s sister was the last one to join. They had all finished their art education at the academy and were professional painters for a long time. And they had their background in common, each of them coming from rich families, which meant that they didn’t have to earn their own income, but they did nothing rather than that. They saw each other weekly for tea at Thérèse Schwartze’s house, and also at the studio of painter Simon Maris, and discussed their work and any problems that they encountered.

The Joffers were important representatives of late impressionism. Each of them worked in their own style, stemming from their own personality. The oeuvre of each of them shows great respect for brush technique, skill, creativity and colouring. Most of them were still life painters and portraitists.

External followers of the group were Josepha Tepe and Elsa van Doesburgh.

For 75 years they worked merely to improve their own art, not following the art movements that were going on in the world. They worked industriously in their large studios, artful and with great integrity. In this way they conquered their own place in the kaleidoscopic art world of the 20th century. They were the last representatives of a 19th century art form that only came to an end when Jacoba Surie, the last of the Joffers, died on 5th February 1970.
Their work is still in demand and can be found in many private collection as well as in several museums. 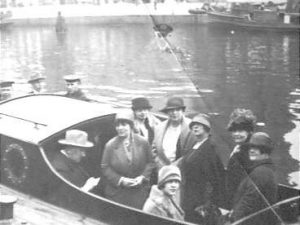